Dr Lina Dencik is Reader at Cardiff University’s School of Journalism, Media and Culture. Her research interests broadly concern developments in media and technology and social and political change. She has published extensively in the areas of globalisation theory, activism and digital media. Currently, she is doing work in the areas of datafication and implications for understandings of social justice, looking particularly at the governance and experiences of resource-poor and targeted communities. Lina is Co-Director of the Data Justice Lab.

Dr Arne Hintz is Reader at Cardiff University’s School of Journalism, Media and Culture. His research focuses on the practices and conditions of digital citizenship, combining work on citizen media and participation, digital policy, internet governance, surveillance and datafication. He is Co-Chair of the Global Media Policy Working Group of the International Association for Media and Communication Research (IAMCR) and directs Cardiff University’s MA Digital Media and Society. He is Co-Director of the Data Justice Lab. 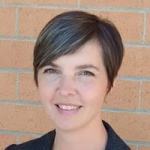 Dr Joanna Redden is Senior Lecturer at Cardiff University’s School of Journalism, Media and Culture. Her research focuses on the datafication of governance. She investigates how government information systems and service provision are changing, the democratic implications of changing government practices and how these transformations are affecting people. Previous work has investigated the relationships between digital media and poverty politics. Joanna is co-editor of Compromised Data: From Social Media to Big Data (2015) and author of The Mediation of Poverty: The News, New Media and Politics (2014). She is Co-Director of the Data Justice Lab.

Dr Emiliano Trere is Senior Lecturer at Cardiff University’s School of Journalism, Media and Culture, and Research Fellow within the COSMOS Center for Social Movement Studies of the Scuola Normale Superiore (Italy). He has published extensively on the challenges, opportunities and myths of media technologies for social movements and political parties in Europe and Latin America. He is the cofounder of the “Big Data from the South” Research Network that aims to interrogate the diverse techno-cultural practices that subvert the dominant narratives of datafication as theorized and narrated by the global north.

Harry Warne is a research assistant at the Data Justice Lab working on our Towards Democratic Auditing project. Previously he worked on our Data Scores project and has assisted the Lab in mapping public sector data analytics systems in the UK. 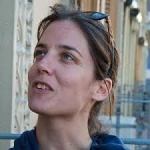 Fieke Jansen is a PhD candidate at the Data Justice Lab, as part of the ERC funded DATAJUSTICE project. She looks at the effects of data on society. Her research focuses on the impact of implementing data driven decision making in European police forces. Prior Fieke worked at Tactical Tech and Hivos on data, privacy and digital security programs and lead a knowledge program on the intersection of youth, technology and activism. 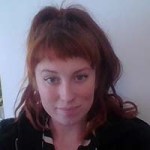 Philippa Metcalfe is a PhD candidate at the Data Justice Lab, as part of the ERC funded DATAJUSTICE project. She investigates how the datafication of society is affecting migrant and refugee communities in Europe, focusing on border policing, asylum process and access to welfare. Philippa has previously carried out research on migration, humanitarianism and European asylum policy, conducting fieldwork in Greece with migrant solidarity groups. She has completed a BA in Social Anthropology at University of Sussex (2013), and MSc in Social and Public Policy at Cardiff University (2017).

Isobel Rorison is a PhD student in the School of Journalism, Media and Culture at Cardiff University. She is researching the impacts of sharing National Health Service patient data, internally across government and externally with private organisations, and the critical role of journalists in reporting these activities. This work is funded by the Economic & Social Research Council. Isobel previously worked for the NHS supporting managed clinical networks across the South West, and most recently with the Specialised Clinical Commissioning national team.

Jess Brand is is a research assistant at the Data Justice Lab currently working on the project ‘Towards Democratic Auditing’ with a particular focus on the role of civil society. Previously she worked on the Lab’s Data Policies project, exploring the possibilities and limits of platform regulation against a backdrop of mounting concern over platform capitalism and monopoly power. Before joining the Lab she was an intern at Privacy International, researching regulatory solutions to the privacy and security challenges of the Internet of Things. She is a former student of Cardiff University’s MA Digital Media and Society. 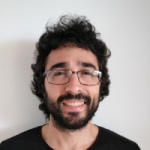 Dr Javier Sánchez Monedero is a Computer Science post-doc fellow at the Data Justice Lab, as part of the ERC funded DATAJUSTICE project. His background is in distributed systems and machine learning methods. He has experience in applied computational intelligence to several domains (biomedicine and climate analysis among other topics). He will contribute to the project by filling the knowledge gap between social and media researchers and technology as well as with technological auditing and design proposals.

Cate Hopkins is a PhD candidate at Cardiff University’s School of Journalism, Media and Culture, where her studies are supported by a grant from the Economic & Social Research Council (ESRC). Her PhD project is concerned with the ways in which discourses of surveillance impact on trade union campaigns and organisation. Her research interests broadly include citizen participation in democracy, social justice activism, and digital media. Cate has been active in the trade union movement for over ten years.

Ina Sander is a PhD candidate at Cardiff University’s School of Journalism, Media and Culture. Her studies are supported by a DTP grant from the Economic & Social Research Council (ESRC) in collaboration with the London based NGO Privacy International. In her PhD project, she researches ways to foster an understanding and critical reflection of data structures and conceptualises such critical big data literacy. Ina has recently completed a research fellowship at the Center for Advanced Internet Studies (CAIS) in Bochum, Germany.

Dr Karin Wahl-Jorgensen is Professor in the Cardiff School of Journalism, Media and Culture, and also serves as Director of Research Environment and Development in the school. Her research focuses on journalism and citizenship, including questions of datafication and surveillance. She has authored or edited nine books, including Emotions, Media and Politics (Polity, 2018), Digital Citizenship in a Datafied Society (Polity, 2018, with Arne Hintz and Lina Dencik), Disasters and the Media (Peter Lang, 2012, with Mervi Pantti and Simon Cottle), and Handbook of Journalism Studies (Routledge, 2009, co-edited with Thomas Hanitzsch).

Dr Francesca Sobande is a Lecturer in Digital Media Studies at Cardiff University’s School of Journalism, Media and Culture. Her research explores how issues related to racism, sexism and intersecting structural inequalities manifest in media and the marketplace. Francesca’s work particularly focuses on digital remix culture and the media experiences of Black women. She is Communication Co-Chair of the Race in the Marketplace (RIM) Network and directs Cardiff University’s BA Media, Journalism and Culture. Francesca is co-editor of To Exist is To Resist: Black Feminism in Europe (2019) and is author of The Digital Lives of Black Women in Britain (2020).